The SONOMA RACEWAY Is A Prototype for PIXAR CARS 3 #Cars3Event

PIXAR Studios is a magical place that has been gifting the world and us, viewers, with their gems in animation movies and story telling. I had a privilege to tour PIXAR grounds and see first-hand what kind of people work their.

You may already know that the entire PIXAR fan community is suspended in an exciting reverberation of the upcoming CARS 3 on June 16, 2017. The new characters, the familiar characters, the setup – all promises to keep us all in suspense during the movie.

Check out this latest trailer that will showcase you just a tidbit of what is coming to the Big Magical Screen!

Each PIXAR animation takes years to make. Research, meetings, conversation, ideas, thought process – just a few things that come FIRST before any image is drafted on the paper or computer screen. Every story is all about continuity of life we live and the story being told on the screen. PIXAR strives to create a seamless transition – that magical ether – between movie-goers and the story told.

CARS 3 is no exception. There were endless hours spent on racetracks. There were drivers to talk to and historians who shared their facts and knowledge about the subject covered by CARS 3 sequel – race cars. 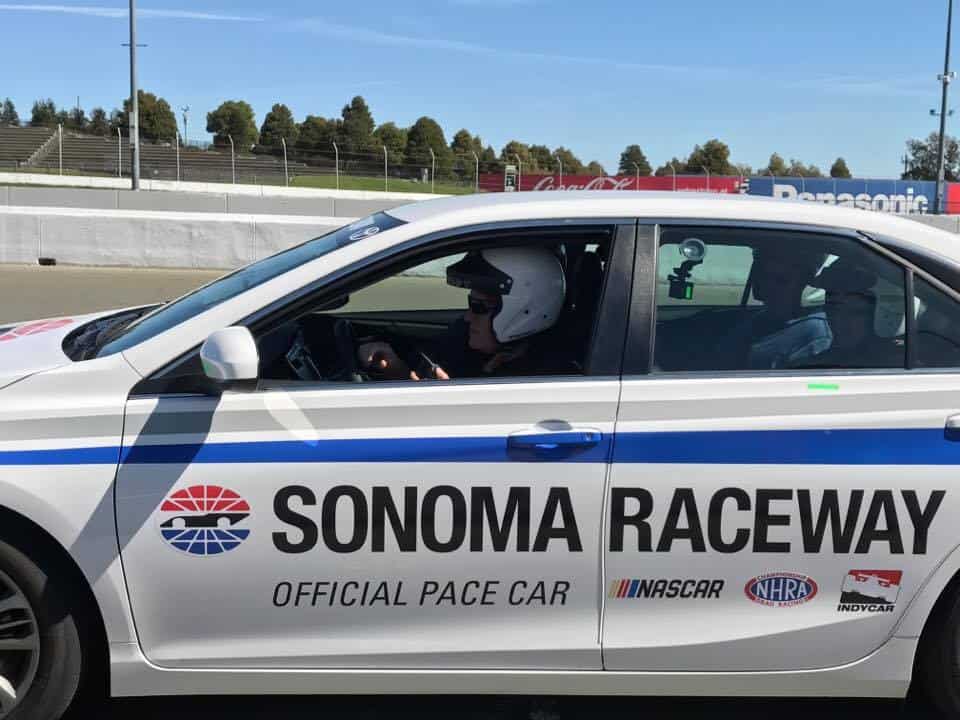 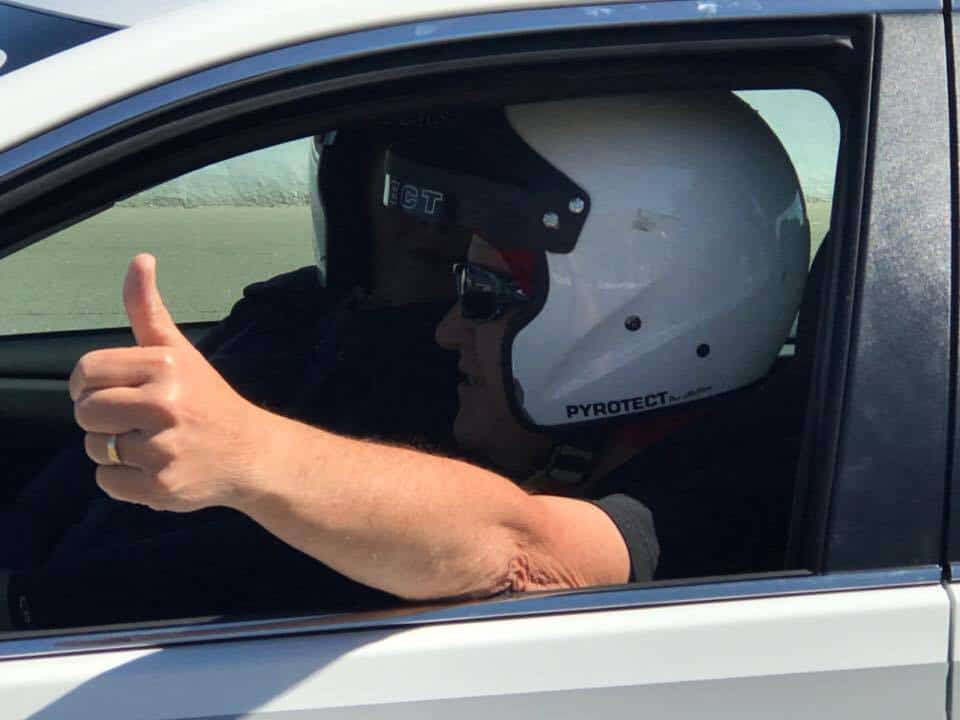 SONOMA RACEWAY – We Are Ready For A RIDE!

It was a phenomenal day spent at Sonoma Raceway! We met with all creative and directing crews, we talked and heard from the race cars historians and champions, and we actually got into the car to take a couple of swings around the raceway itself. And YES, we got a change to “work” and “sweat” at the pit stop, taking a challenge to change the wheels in a matter of seconds. It takes work and practice to get that huge, hot, dirty wheel off and put a new one for the racing, literally, in no time! 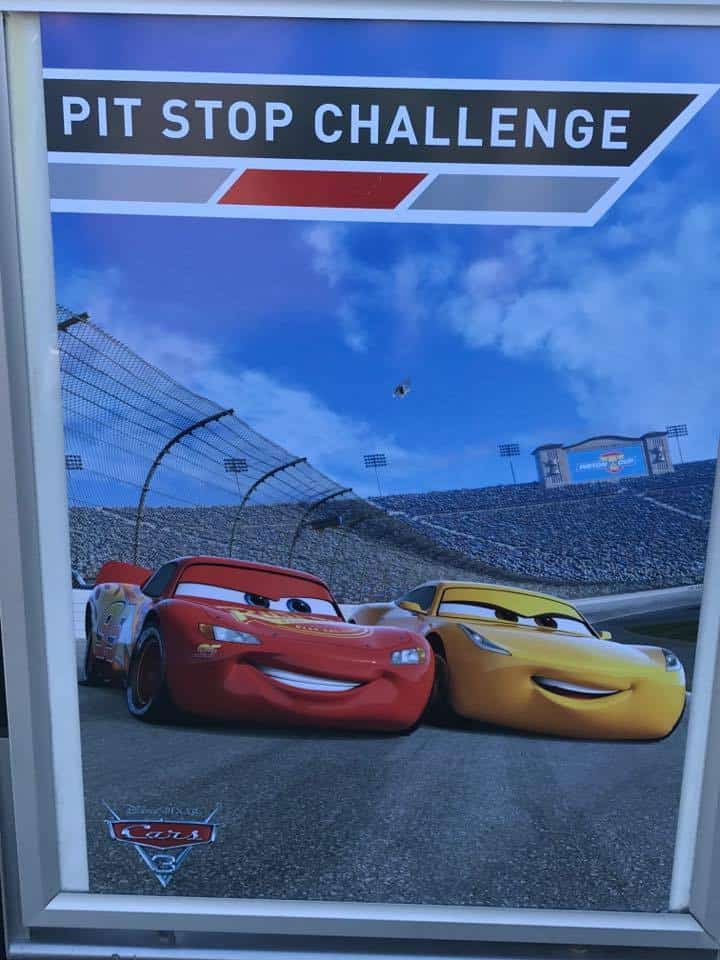 When such first-hand experience is here to learn and to absorb all the energy and the emotion of the oncoming events, the final result that forms inside the body, mind and spirit is PHENOMENAL. To use the Disney PIXAR ling0 – it is MAGICAL.

Guido Is Welcoming Us at the Pit Stop Challenge

Instructions Before We Proceed To The Pit Stop Challenge – Safety First! 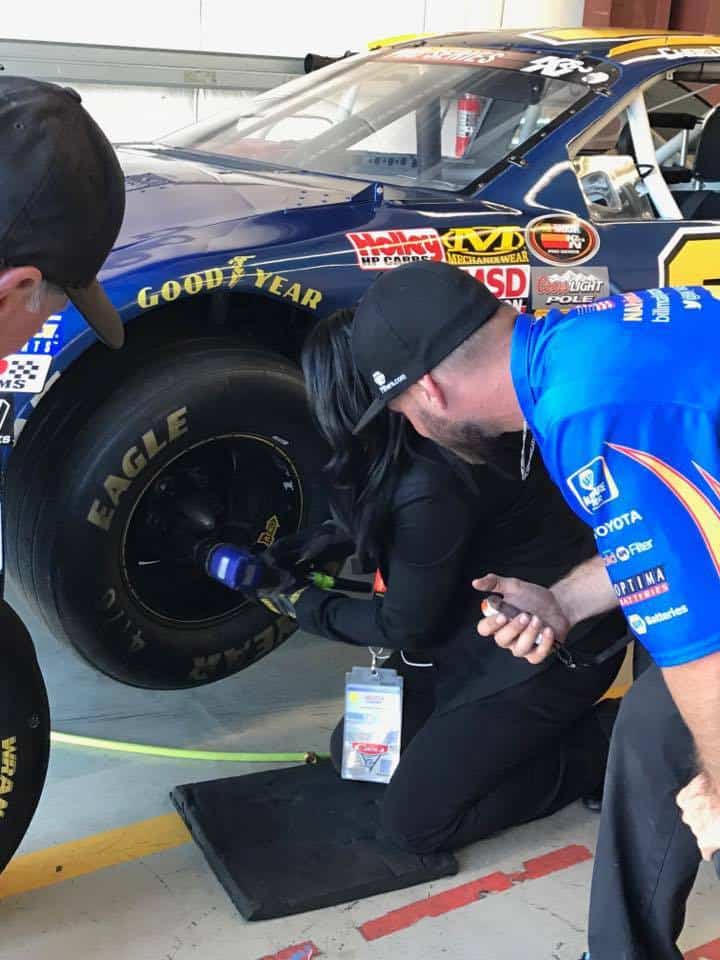 We Got Instructions and Demo of HOW-TO Work At The PIT! 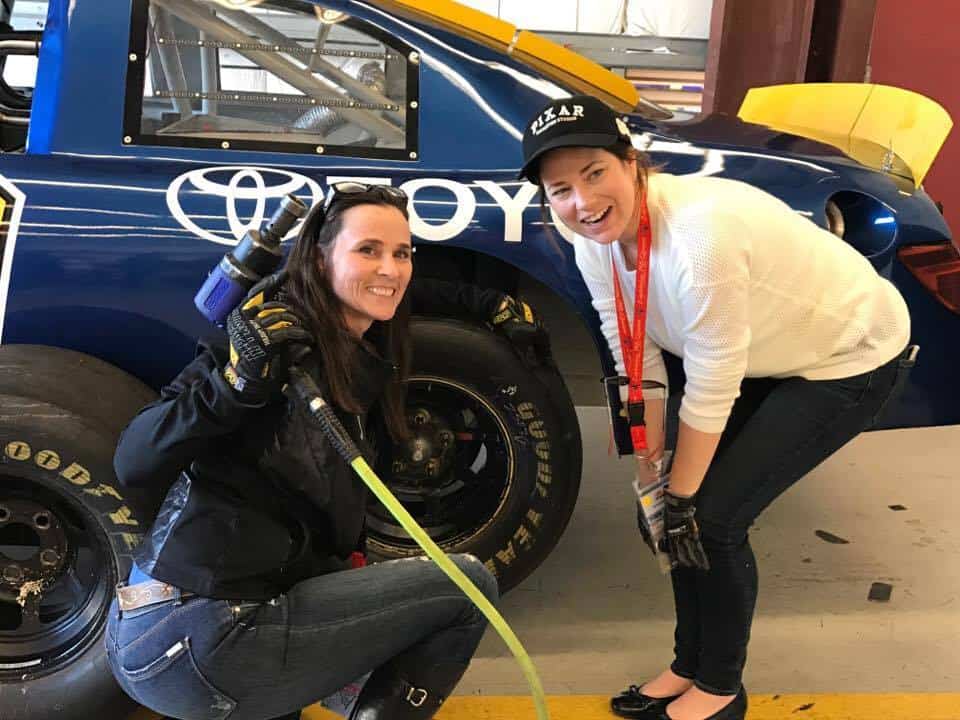 The PIXAR animation crew has had those first-hand experiences themselves before they sat down at their creative board with the CARS 3 story. They wanted it to be as real, as tangible as it could be. You will see it in the upcoming LIGHTENING MCQUEEN sequel CARS 3 opening in theaters June 16, 2017. 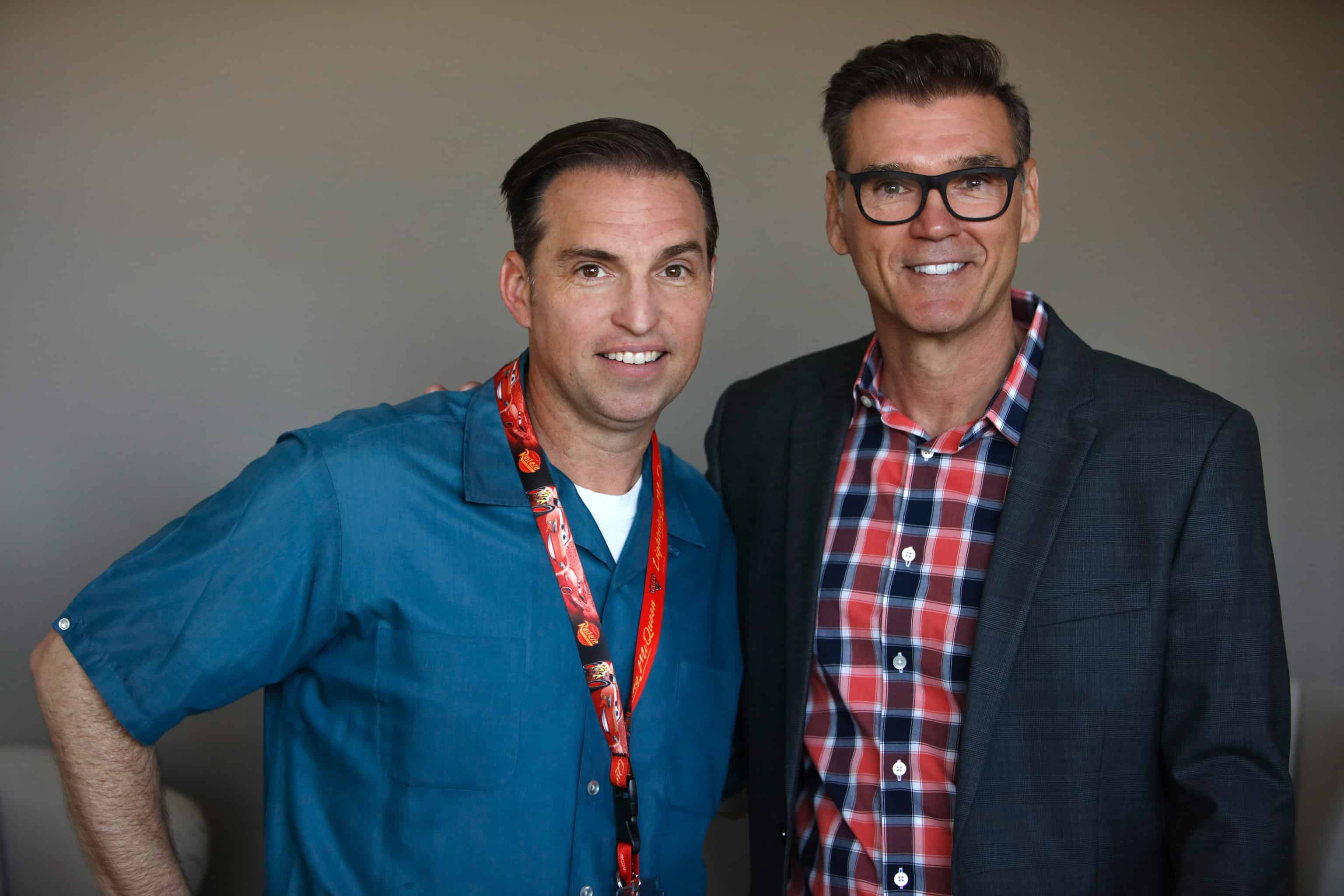 Little do we know that the first car racing phenomenon came from the era of bootlegging – yes, you’ve heard it right! When the illegal alcohol had to be transported from A to B, the savvy owners of it used to hire the guys with the “hot” wheels, fast and professional, who could literally DELIVER! Bootleggers were great drivers!

As those bootleggers were trying to settle the score of “WHO was the greatest and fasted driver,” they started to race each other on the roads and claim the victory of the champions. There was one “but.” Their friends could not see them! The answer was to race in a circle around the field, so their friends could come and watch them and cheer them up and witness a true winner in each race.

Pretty soon everybody realized that people really were interested in watching such racing of cars. The drivers started organizing these events into official races, with advertising, promising of great time and, of course, the desire to get more of new customers. Keep in mind that moonshiners and bootleggers were the organizers of the events! And they were enticing more drivers to participate in the races by promising them money and publicity. Little by little with a continuous effort and support from the bootlegging industry, a car racing was born that was legitimized and promoted heavily by its supporters. 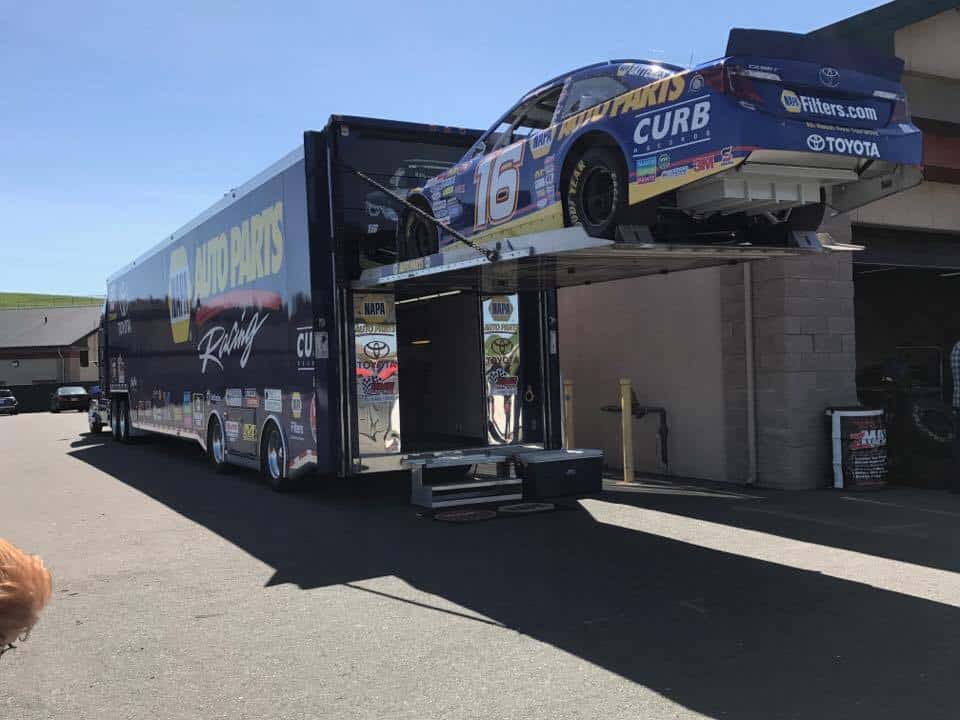 Lightening McQueen Is Being Transported by MAC – Look At this Real-Life Transportation of A RACE CAR. 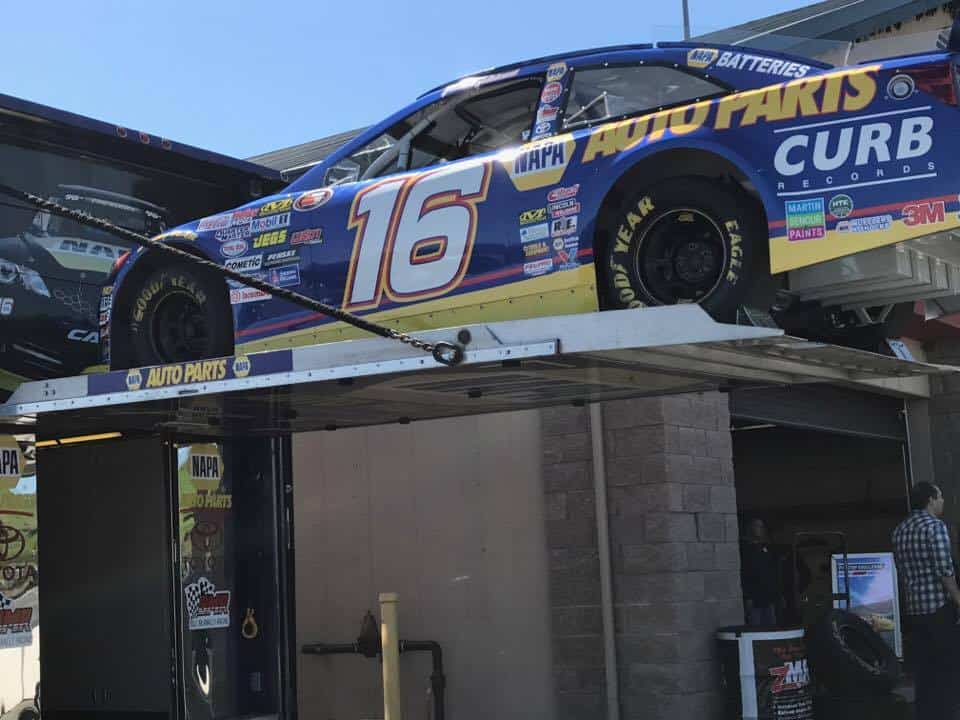 Behind the CARS 3 characters for the older fleet – the Legends – of cars, stand real people, real racers, real professionals who developed the car racing as we know it today.

Smokey is a daring character and is drawn and featured as a “pickup truck.” Prototyped by Smokey Yunick, a legendary mechanic and crew chief, Smokey the car has a lot of Yunick’s character traits in him!

Smokey Yunick designed cars and was known for his outspoken personality that bent the rules. Yunick ran “Smokey’s Best Damn Garage in Town” in Daytona Beach, Florida from 1947 – 1987. Yunick was twice named NASCAR mechanic of the year. His teams would include 50 of the most famous drivers in the sport. Daring and race-smart, Yunick had developed a reputation of a go-getter.

This amazing car character was inspired by Louise Smith, “the first lady of racing.” This is a woman who loved cars and went to race in NASCAR to win 38 races across 4 divisions in racing. We need to remember that it was the time when women were not allowed in the race track or in the car pit. Louise had to wait outside the track and then drive her car straight into the race.

That is one of the reasons why PIXAR wanted so badly to picture a character prototyped by Louise Smith in their CARS 3 sequel. It’s an interesting character, with her own perspective and views on life.

This car character is inspired by former moonshiner and NASCAR driver, Junior Johnson. Johnson now owns Midnight Moon, a distillery company that distributes his modern alcohol drinks based on his family moonshine recipe from old days. He is an active participant in today’s racing and is not shy to give you his two bits why your car runs slow!

Inspired by Wendell Scott, the first African-American driver in NASCAR who raced in 50s and 60s and the first African-American to win a race in the Grand National Series, NASCAR’s highest level. He accomplished more in car racing than anybody in the NASCAR history. He used to race and do the work of the pit crew all by himself! Yes, he would stop and change his tires and go back onto the racing track. Unbelievable! And he used to win those races – all by himself!

Wendell Scott has opened many doors for many other African-American racers to come into the sport. With the racism so dominant in the days when he was racing, he received all his accolades from the earned races only much later in his life.

Fun Fact: Racers place their car mechanic’s name in the back of their race car. Keep an eye on those cars racing through CARS 3 competitions, you’ll spot them! As for Wendell Scot, he put “ME” on the back of his car, as he was a racer and his own car’s mechanic at the same time!

The Legends With Lightening McQueen

The SONOMA RACEWAY Experience was one of the best in my lifetime! So much more to see, to learn, to discover. It was an adventure that translates into a deeper understanding of what it takes to make a movie, in our case the animation which is even more difficult. The PIXAR teams have pioneered the best in the animation practice. We will be able to see some break-throughs and innovations in the upcoming CARS 3. Follow me, as more exciting facts will be released about how CARS 3 was made.

Check Out McQueen’s Rivals And Coaches

Follow Cars 3 Zooming Through Time & Spaces
Every Race on the Way – RETWEET! 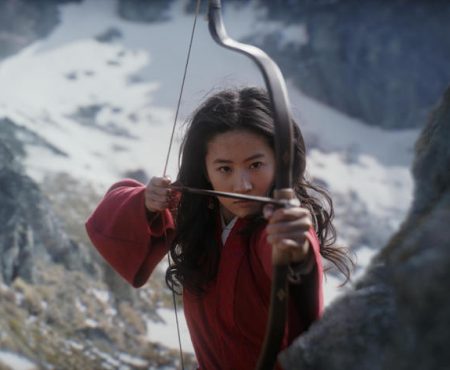 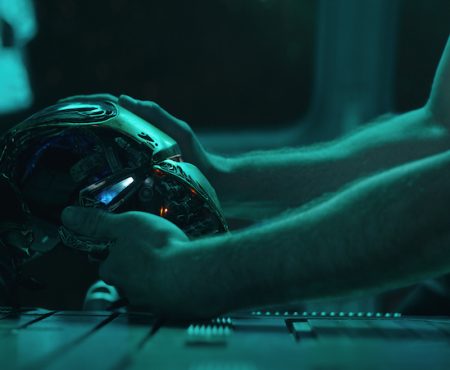